Dream the World. Love is The Way.

Dr. Pamela Eakins is a Sociologist and Visionary Cosmologist. ​She has taught at Stanford University, the University of Colorado, the California Institute of Integral Studies and Pacific Center.  Her books include Tarot of the Spirit, Kabbalah and Tarot of the Spirit, The Lightning Papers, Visionary Cosmology, Mothers in Transition, The American Way of Birth, Passages for a Spiritual Birth, Heart, Breath and Graceful Movement, Love Sonnets, Cosmic Interiors and Priestess.

She founded and directs Pacific Mystery School and Terra Nova Seminary where she now teaches.

The creator is larger than her creations.  Our creations may become black scratchings etched on white paper, but the vastness of being lives in the whiteness of space.

What the public wishes to know about us is subject to trends in power and fashion and social objectives.  The wholeness of our lives, however, is something different than the story told about us, or even the story we tell about ourselves.  We tell a story—consistent and linear—in order to simplify that which is a patchwork of serendipitous occurrences, chance meetings, prayers, moments of indescribable beauty, heartrending passion, poignancy, and pain.

This morning, I arose to the sound of the Pacific Ocean thrashing against the tide pools outside my window.  I looked to the sea, felt wild, pristine thundering mares thrashing in my veins, and yet, even as I climbed from the bed, my hair sweeping over my face, I smelled the powerful scent of jasmine, hibiscus, magnolia, shrimp and grits, alligator swamp and pluff mud.  I did not want to wash my hair; I never wanted to wash it again. Last night I returned from Charleston, South Carolina, which had mixed its codes and atoms with the ones I already had, until it became me.

Mexico, Korea, Europe, India. These places have eroded this body also.  The grass and stones and heart of such places has shaped me, and shapes me still, like skin and bones and blood.

I was born and raised in the Rocky Mountains, writing from the start.  I submitted my first book to Random House.  A senior editor, amused to receive a submission from a ten year old, sent me a letter that said, ‘Keep writing.’  When I was twenty, I won a gold medal from the State of Colorado for an essay about how I “fell from my mother’s womb onto the Colorado dirt.”  My father thought I should say ‘soil,’ but, against my young soles, it felt like dirt: hot, dry and dusty.

I was schooled at the Universidad de las Americas outside of Mexico City, the Cultural Institute of Arts and Languages in Cuernavaca, the University of Colorado, Denver (masters program, Urban Sociology) and the University of Colorado at Boulder (masters degree and doctor of philosophy in sociology).  Early in my career, as a Visiting Sociologist at the Netherlands National Center for Adult Education (the NCVO inAmersfoort, Holland), with the guidance of Dr. Jan de Vries (“Education for Guerillas”), I helped develop many of the original concepts of ‘participatory research,’ and organized the second international conference on the subject.  (The first was in Canada—organized by Dr. Bud Hall.)  Activists for social justice from Africa, India, South America, Canada and Europe all converged in a Dutch castle on the North Sea amid miles and miles of tulips fully abloom in the cradle of spring.  In the presence of these great beings, I was transformed.  I pinched myself asking, Am I really here?  Am I really doing this?

For those who have ears to hear and hearts to feel, I was learning that every place one sets one’s foot is sacred ground.  Everyone you meet is the holy one walking.

Post-Europe, I returned to the University of Colorado where I directed the University Counseling Center’s Group Counseling Program and facilitated counseling groups. I also taught in the Sociology Department: Sociology of Health and Medicine, Sociology of Mental Health, Introduction to Sociology. And I did my doctorate there on Women's Adult Life Stages.

When I was eight months pregnant with my first child, I moved to California with my then-husband Bernhard (Bernard) Haisch, who had been working at the Joint Institute for Laboratory Astrophysics at the University of Colorado, and with whom I had gone to Utrecht, Holland. I was awarded a position at Stanford University’s Institute for Research on Women and Gender where I worked for eleven years.  Together with Dr. Gary Richwald of the UCLA Department of Public Health, I was funded by the State of California’s Department of Maternal and Child Heath to study the medical outcome of ten thousand consecutive out-of-hospital births in California.  I was appointed as Principal Public Policy Analyst in the UCLA Department of Public Health, and, during those years, I commuted between San Francisco and Los Angeles to work on the project.

Even as I was fully engaged in the study of birth, my second child came along.  Together with childbirth reformer Suzanne Arms, Dr. Don Creevy of Stanford University Medical Center, and several others, I helped to create The Birth Place in Menlo Park, California.  My baby was born there with obstetrician Don Creevy in attendance.  It was Don who said to me, “If you want your baby, reach down and get it,” and, as a result of Don’s infinite wisdom, I wound up delivering my own baby with my own hands.  I began to understand, then, something about what it means to be truly empowered.  I became Director and President of the Birth Place, President of the California Association of Freestanding Birth Centers, as well as a frequent speaker (and sometimes officer and conference organizer) at the American Sociological Association, the Western Social Science Association, the American College of Nurse Midwives, the National Association of Childbearing Centers, and other professional organizations.  I taught Women in Medicine at Stanford. At Stanford, I wrote Mothers in Transition, my first book, which was based on my doctoral dissertation. I also wrote The American Way of Birth.

More importantly, now a single mother, I raised my two children in awe and love. Immersed in the poetics of birth and motherhood, I became part of that long chain of maternal being and becoming, which led me into a deep spiritual quest.  As a spiritual seeker, I entered an interfaith, nondenominational seminary where I studied comparative religion, became an interfaith minister, and, in the end, a Bishop.  In collaboration with my mother, art professor Joyce Eakins, I wrote Tarot of the Spirit (www.tarotofthespirit.com), a guide for conversing with the universe of the soul.  I also wrote Priestess, the story of a woman’s path of self-discovery spanning three millennia of sacred celebration.  I began to teach classes involving spiritual growth, and, to that end, founded Pacific Center in Half Moon Bay, California.  My interest in women’s life stages and women’s biology evolved into an interest in women’s spirituality.  I began to teach Women's Rites of Passage in the first Department of Women’s Spirituality in the United States which was created at the California Institute of Integral Studies (CIIS).  I taught Love, Cosmology and Consciousness at the same institution in the Department of Philosophy, Cosmology, and Consciousness.

Life’s true path is quiltish and labyrinthine.  At one point, I was led into the middle of the Salvadorian War, which led me into teaching refugee health, peace studies, and becoming a community mediator. I facilitated court-ordered mediations in San Mateo County for years. I still practice this art.

I also became a hypnotherapist, learning even more about the nature of consciousness.

There was a moment, too, when I made a pilgrimage to India, and fell in love, again, with the Sacred Cosmos--which led me even deeper into thoughts about developing a new cosmology. The evolution of consciousness became the north star of my existence. To this end, for many years, I collaborated with cosmologist Dr. Brian Swimme to develop the new paradigm which we called Visionary Cosmology. We traveled together, lectured in many places and taught many classes. Out of this collaboration, I wrote The Lightning Papers: 10 Powers of Evolution and Visionary Cosmology: The New Paradigm. During the time of this collaboration I also wrote Heart, Breath, and Graceful Movement and Love Sonnets: The Erotic Feast.

A lifetime of immersion in peace studies, health practices, spirituality, social justice movements, and, ultimately, mysticism, led me to create Pacific Mystery School: in-depth studies in Tarot and Kabbalah. I am currently dedicated to these teachings. Further, I now share my philosophy of religion in society in the newly emerging Terra Nova Seminary: New Thought for a New Earth. Please read about both of these programs on this website.

I have spoken now, at length, of many things I have been or done. There is so much I have left out: all the Boards I have been on, all the Offices I have held, and most importantly, EVERYTHING about my relationship with my exquisite children, who have been the greatest teachers of my life. In fact, I remember now: when I "walked" to receive my Ph.D., I was carrying my baby daughter. She had plucked an apple from a tree as I was carrying her. Without words, as she could not yet speak, she reached out and offered that apple to me. I had a strong feeling then, even as I have now, that whatever I might have learned in all my schooling, it was NOTHING compared to the teaching LIFE itself offers.

All have come to be emanated out of who I was made to be.  And yet, everything that has become in my life has been completely dependent on every other occurrence.  Some things I have desired have come about. Others have not. There are so many variables we cannot control. As the Bhagavad Gita said: We have a right to the work, but not to the outcome of the work. In every life, the Wheel of Fortune ever rises and falls. I have learned to live by the ‘serenity prayer,’ trying to understand, day by day, what I can control and what I cannot.  As they say: Things will get better, or things will get worse, or things will stay the same for a while—so try not to worry.

Here is what I know Right Now:

I am made of atoms formed in stars.  I am shaped of the seeds of my ancestors.  I seed my circle and my descendants, even as I am seeded. Holding hands with Eternity, I love, give birth, die, and rise to love again. Like all those who have been and will be, I trade breath with trees.

The core of ‘me’ is Earth, awake and sleeping, all the putrefaction and potential that exists in a tide pool—molecules and energies imploding and exploding in newness.  I am electromagnetic universe moving through a field of electromagnetic universe.  I am scarred and anointed—just like your own precious being—by the miracle that is the wonder of life reflecting upon itself.

Everyday, I must choose again to Love.

Everyday, again, I offer my Love to this world. 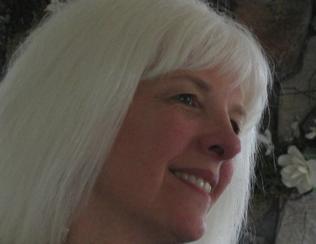 A Prayer for the Transformation of the Universe

may I sow the Blessing of Love and Light
Through the field of evolving Universe,

may I sow the Blessing of Delight
May I witness universal resplendence in every blade of grass
May I walk lightly, sow Original Blessing
and leave Beauty where I pass. 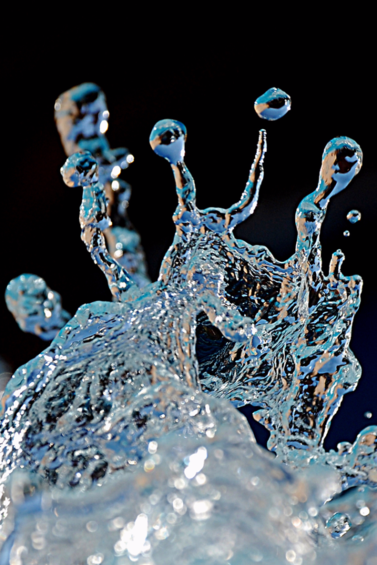